Should Writers Pay To Be Published?

Home » Editor Blog » Should Writers Pay To Be Published? 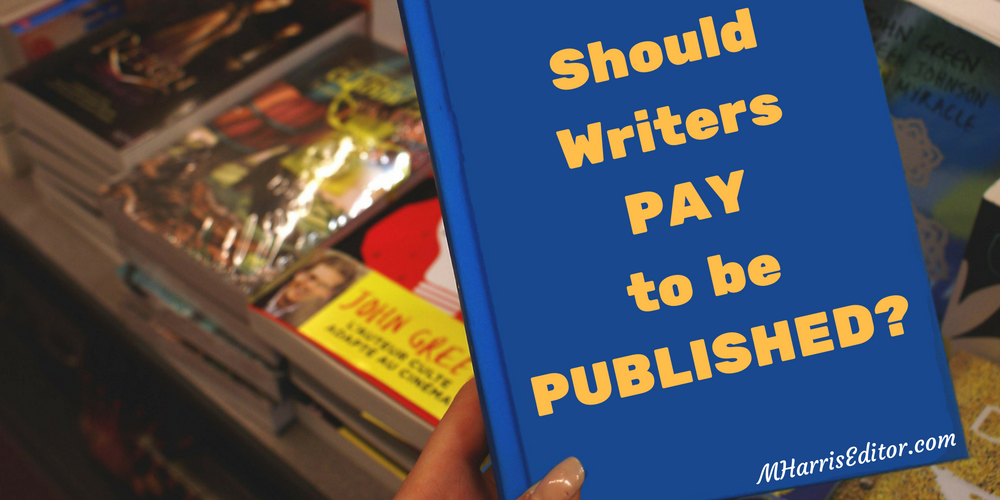 There has been a lot of discussion among writers this week about A&M Publishers charging authors a whopping $12,000 to publish a book. The comments in Chuck Wendig’s post (including from one of A&M’s founders) are enlightening.

What’s troubling to me about the publisher is they’re trying to pass themselves off as legitimate rather than as a vanity press. Sure, you can publish a book to have a byline through one of these companies, but should you?

Vanity Press vs. Self Publishing or Publishing House (Small Press or Otherwise)

Most self published writers are self funded or use crowdfunding if their base is favorable to it. I’ve seen it done both ways. You can also work with a small press, but the majority of legit ones pay by royalties. Most of that money goes right back to the writer, and some of the royalties go to the small press (what one of my mentors calls “having skin in the game” because your success is their success, so they work with you to drive book sales rather than charge you before you’ve even published). But to pay someone to publish for you with no guarantee of success is, by definition, a vanity press.

Chuck’s response to the publisher’s comment is spot on – part of it reads:
“If I hire a cover designer or an editor, I’m not married to them. I don’t pay them forever. I don’t get in bed with them. It is a pure, beautiful exchange — I give them that money up front, I get services rendered, then I maximize my self-pub chances by improving the quality of my product. But I remain the publisher of the work. Further, I certainly won’t spend over twelve grand doing it.”

As an editor, I certainly want to see my writers have success, but the success is theirs to pursue. I’m not going to gouge you on prices, and I try to remain fair on what’s provided versus what’s additional, offering payment plans and flexibility based on your needs. And I’m certainly not going to overcharge you for vague services like this publisher such as “e-book setup and placement” (whatever THAT is) and marketing (but I’m happy to share your links on social media at no charge).

The editing process should be simple, and working with a vendor (like an editor) shouldn’t bankrupt you.

If someone wants to charge you this much, with no guarantee of success (remember, this is a risky business), definitely run in the other direction. Writers should not pay to be published and believe they can make a living this way. Even A&M’s founder didn’t do his business model justice when he added in a scenario in the comments that included math. More than a few commentators pointed out it would result in a net loss rather than a profit for the writer. Do you want to work with someone who can’t explain how their service is profitable? 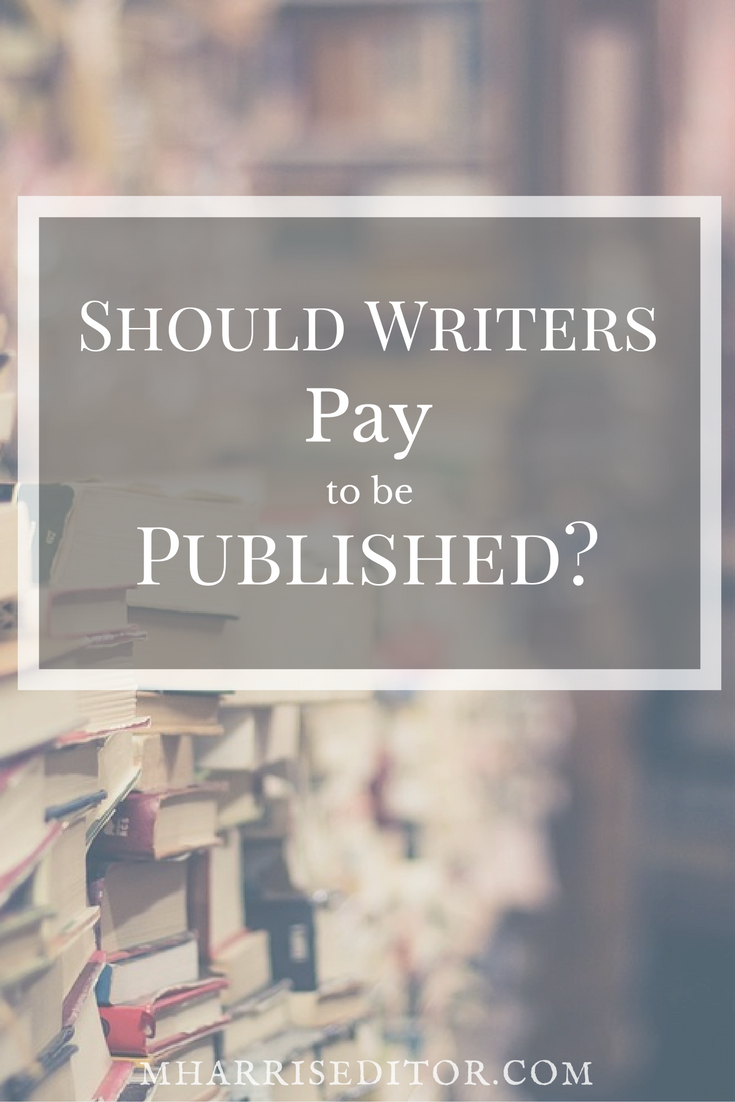 I Want to Publish. What Costs Should I Expect?

So, where do we go from here? Essentially, filling in the knowledge gap between what writers believe (i.e., you have to pay someone to publish your work) and the reality (you should only pay for services rendered) is important.

The hard part of countering this business model is how prevalent it seems to be in the publishing world. Publishers open and close faster than some people can write their book. It’s really tragic, quite honestly, how fast these places pop up only to go under.

To truly self publish, you have to consider what costs you could expect, such as:

Will you pay $12k? No, probably not. You can cut out a lot of unnecessary expenses when you’re just starting. For example, you could avoid some of the extra items and marketing by devoting your time and budget to a better cover, higher quality editor, and limited distribution in the beginning (such as ebook only formats) as well as a marketing plan that is practical but allows you to meet your goals.

The beauty of the process of self publishing is you have the independence to make those decisions yourself. It’s also a bane to writers in a sense that they must learn what to expect, find service providers that have a good track record, and find their niche. Luckily, there are some great communities out there that support each other.

If you work with a small press, the foreseeable costs you might anticipate would only be if you worked with their cover artists or other service providers to get the project going. Obviously, depending on the place, they may receive a percentage of royalties for their work, or an upfront cost may be an option more favorable to you and to their team, but only for services provided.

In other words, if you pay for a cover artist through a small press, you’re paying for the cover and not potential sales or their “influence” or some other murky term that shows they’re not above board. It’s no different than hiring a service provider outside of the small press. Instead, it’s someone part of their team that just happens to have the skill set you need and works with you to make your book the best it can be.

What I’m trying to say (and what Chuck says very clearly) is yes, you can pay nothing to have your book published. If you desire to put your best work out there and to actually make some money for your time, however, you should expect some costs associated with improving the work as a whole.